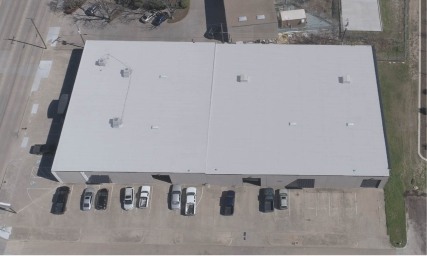 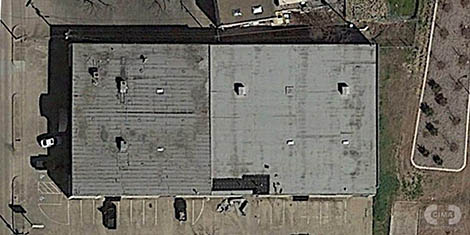 As part of their search, Durango Doors leadership met with Plano-based CIMA Contractors LLC to assess the damage to their building. After careful deliberation, Durango Doors hired CIMA to interface with the insurance carrier and their claims adjuster to confirm that all storm damage was properly documented, and subsequently perform the repair and installation work needed to restore the structure back to pre-storm condition. CIMA’s findings were that both the roof and HVAC systems on the roof had suffered extensive impact damage from the April storm.

CIMA went on to demonstrate to Durango Door’s insurance carrier that the building would require a completely new roofing system, one which would meet the City of Fort Worth’s energy efficiency requirements.

The hail damage to the roof and HVAC systems was extensive and it was demonstrated by CIMA to the insurance carrier that the Durango Doors facility would require a complete re-roof. In addition, the roof needed to be brought up to new building codes for energy efficiency requirements of the city of Fort Worth.

CIMA chose a CertainTeed roof system, installing FlintBoard® ISO that was mechanically fastened to the existing steel deck. This was followed up by a two-ply torch down combination of Black Diamond® Base Sheet and Flintlastic® GTA Cap sheet. All metal roof components were replaced in the process. The project’s duration was two weeks with a 15-year No Dollar Limit manufacturer’s warranty provided.

The building owner was enormously pleased with the finished project, as well as the noticeably big decrease in energy consumption as a result of the new roof system and insulation.